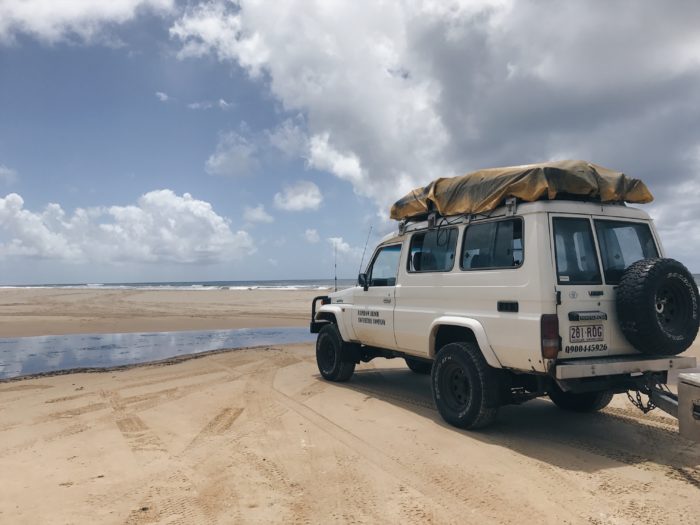 Fraser Island is the biggest sand island in the world! I went on a 3 day, 2 night tour. Each day we got to drive around in an ATV on the 75 mile beach! Unfortunately I couldn’t drive since I don’t know how to drive stick. Driving on the other side of the road plus on sand?!?! I decided it was for the best as I don’t trust myself with that much responsibility haha. 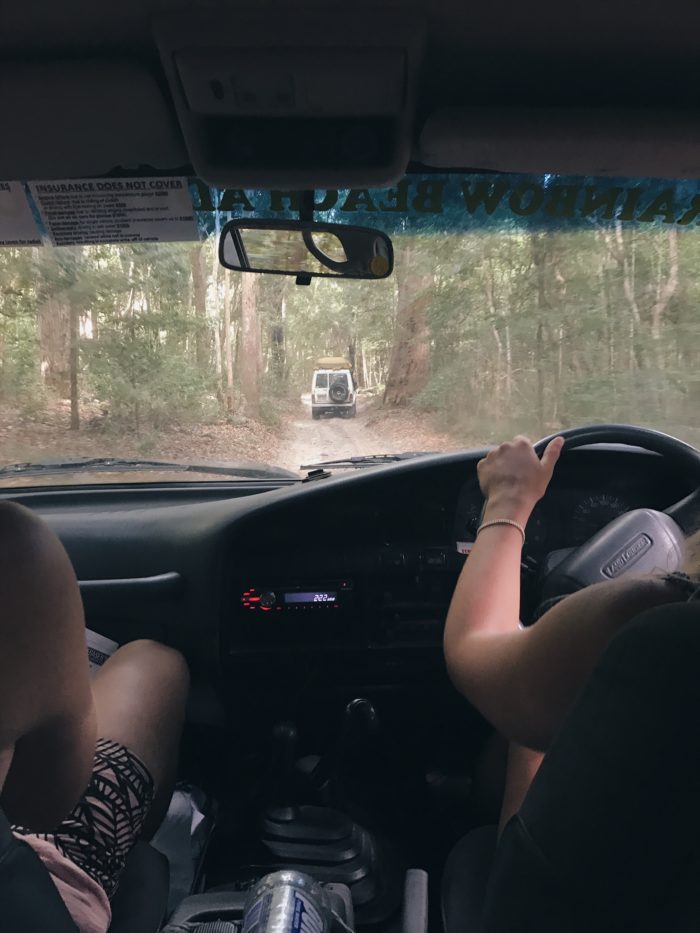 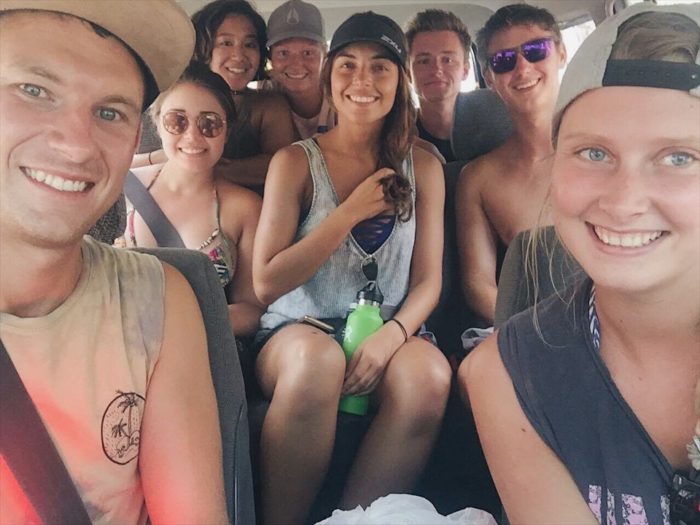 ^^ I lucked out and got a great group! Meet Aaron, Juliet, Logan, Clarissa, Isadora, Kirsty, and Daniel. Doesn’t Daniel look like Peeta from the Hunger Games?? 3 Scottish, 2 Brazilians, 1 German, and 2 Americans get into an ATV… 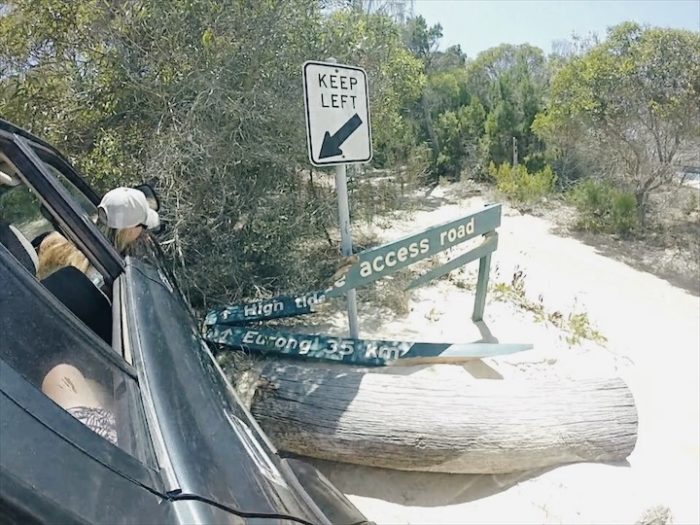 ^^ Not even 5 minutes in Kirsty oversteered and we ran straight into a sign lol. It was the best kind of accident, if there ever was such a thing, as no one got hurt and no damage to the car whatsoever. Can’t say the same about the sign though. 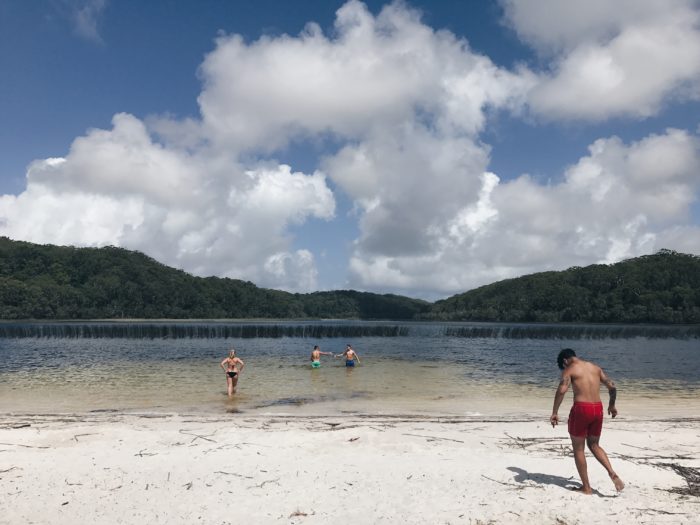 ^^ On our first day we went to Lake Garawongera. You can’t tell in this photo, but the water is yellow from all the nutrients from the trees (or so they say). They water was also super warm so that was a bit strange.. 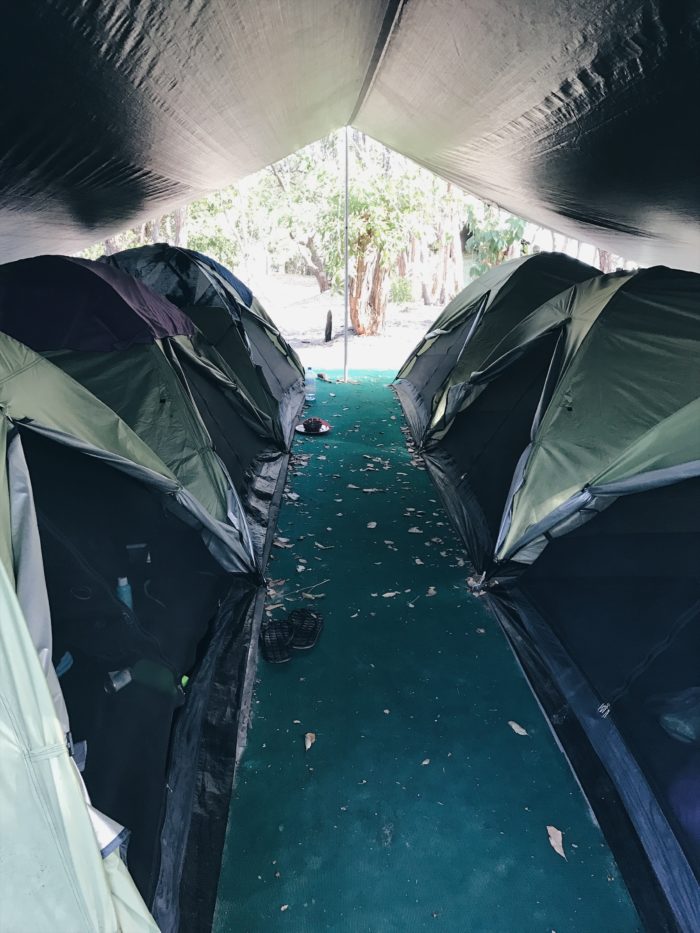 ^^ These tents were our humble abode for the next few nights. Like I said everything is trying to kill you in Australia so at night you had to walk around with a flash light to watch out for snakes and dingos (wild dogs that are the largest terrestrial predator in Australia). 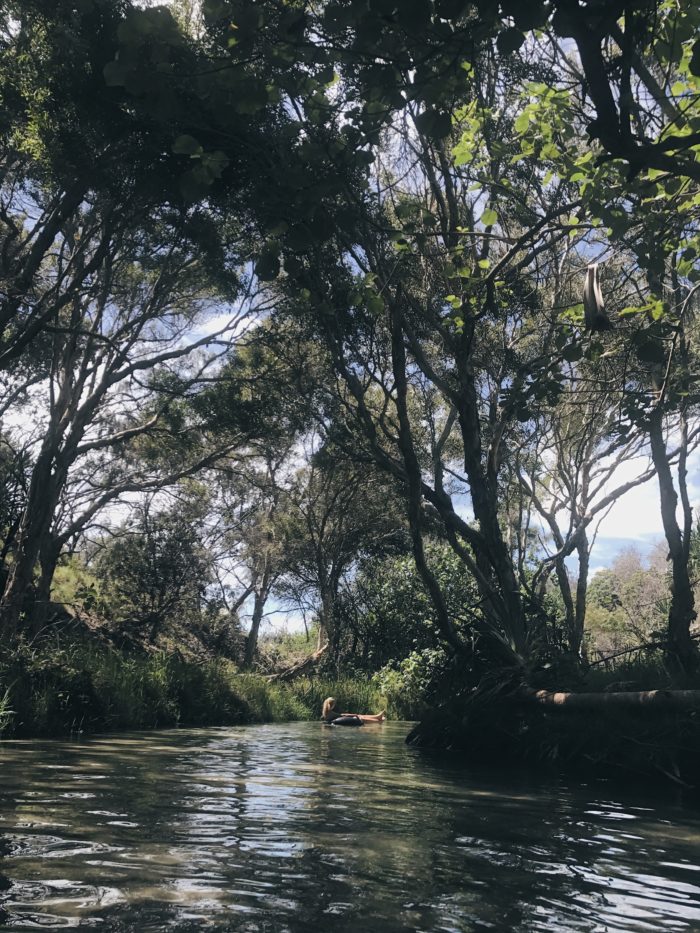 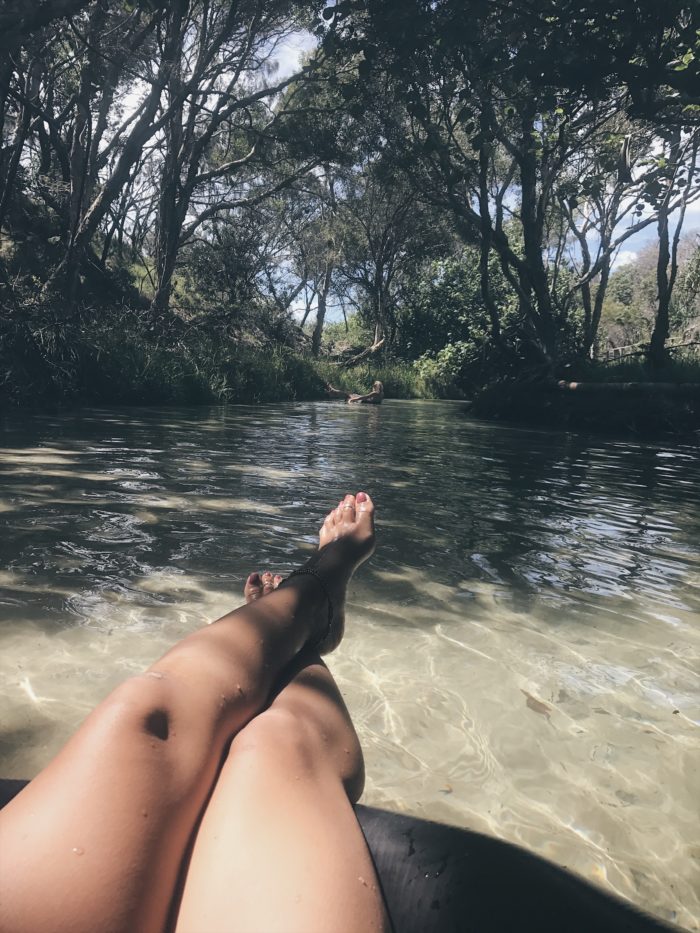 ^^ The next day we went to Eli Creek aka ‘Hangover Creek’. It’s like a lazy river with really fresh water that you can drink. 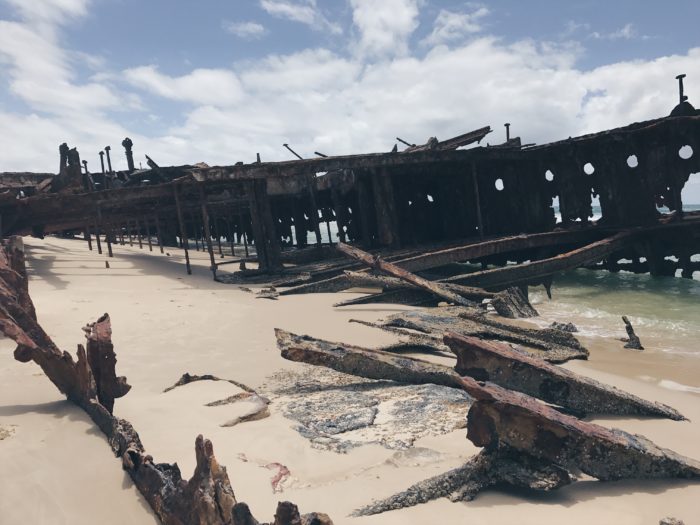 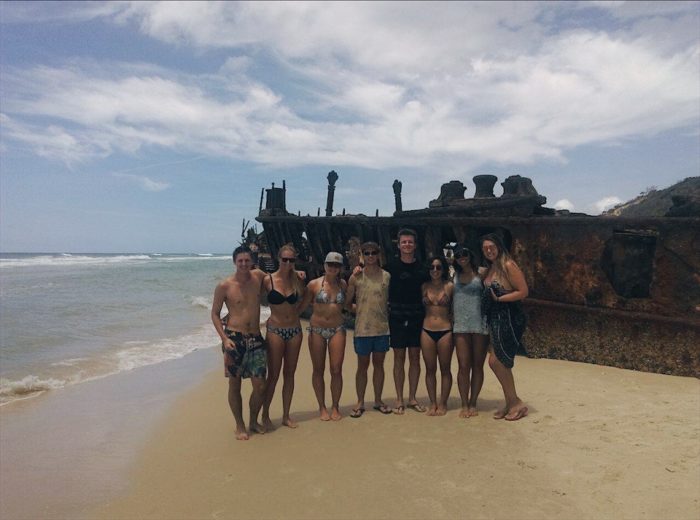 ^^ Here we are at the Maheno Shipwreck. 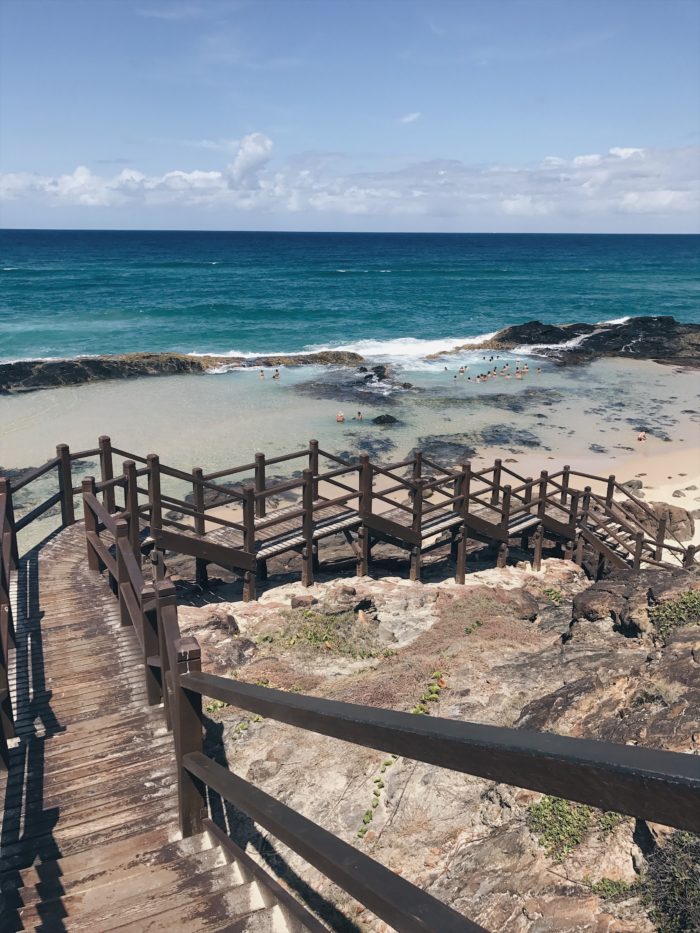 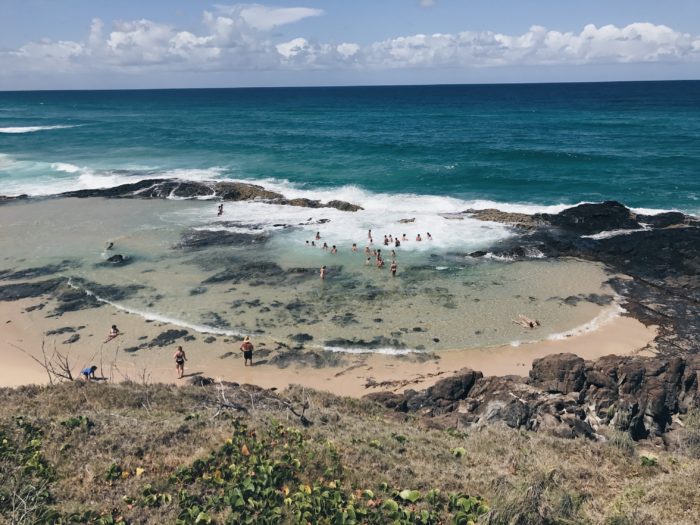 ^^ Champagne Pools rightfully named so as when the waves break it creates bubbles in the pool. 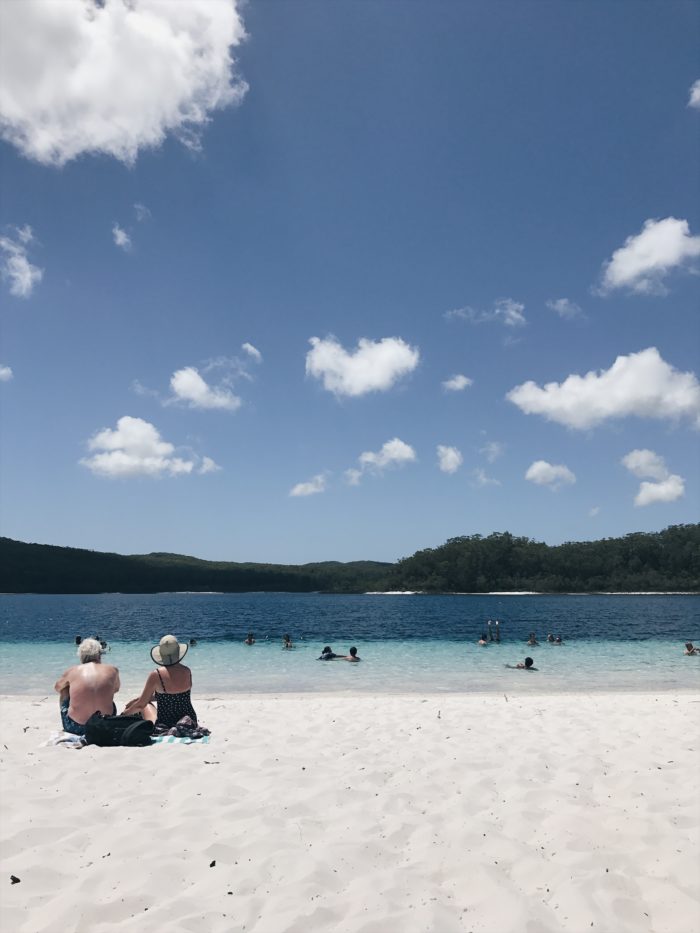 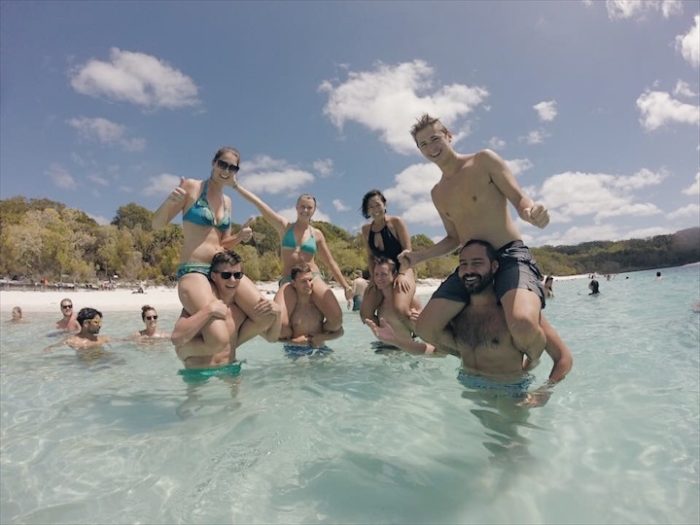 ^^ On our last day we went to Lake McKenzie! I would also like to add that I won this game of shoulder wars 🙂 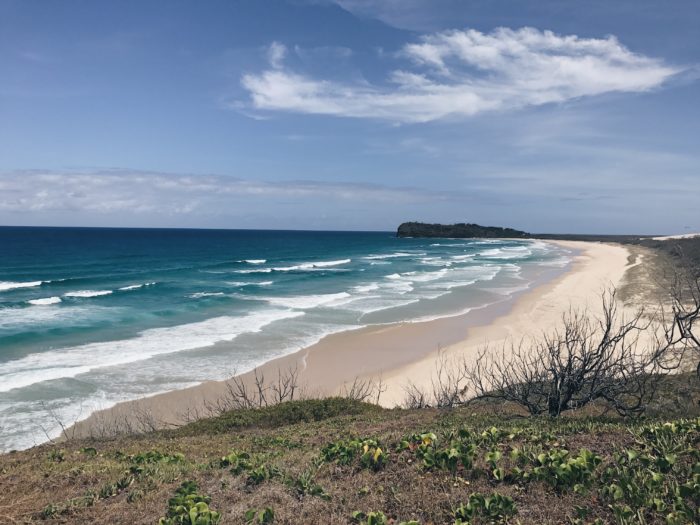 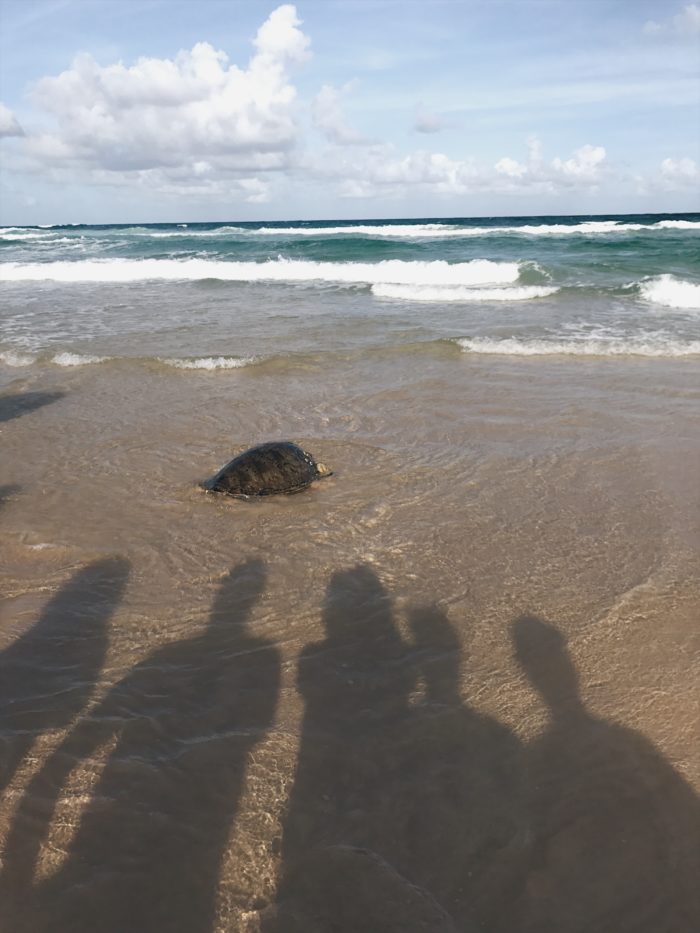 ^^ One of the highlights of the trip was seeing a loggerhead turtle! Clearly we were being too invasive as he swam away haha. But he was huge! 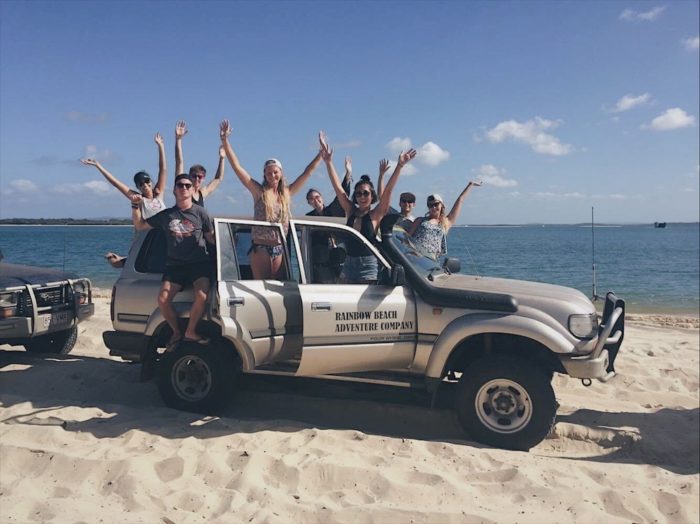 ^^ The best group if you ask me. Can you tell we haven’t showered in 3 days?? Hahah I refused to pay $2 for a 3 minute shower. Plus we were in fresh water every day so that counts as showering right? Next stop, The Whitsundays!