Da Lat and Hoi An 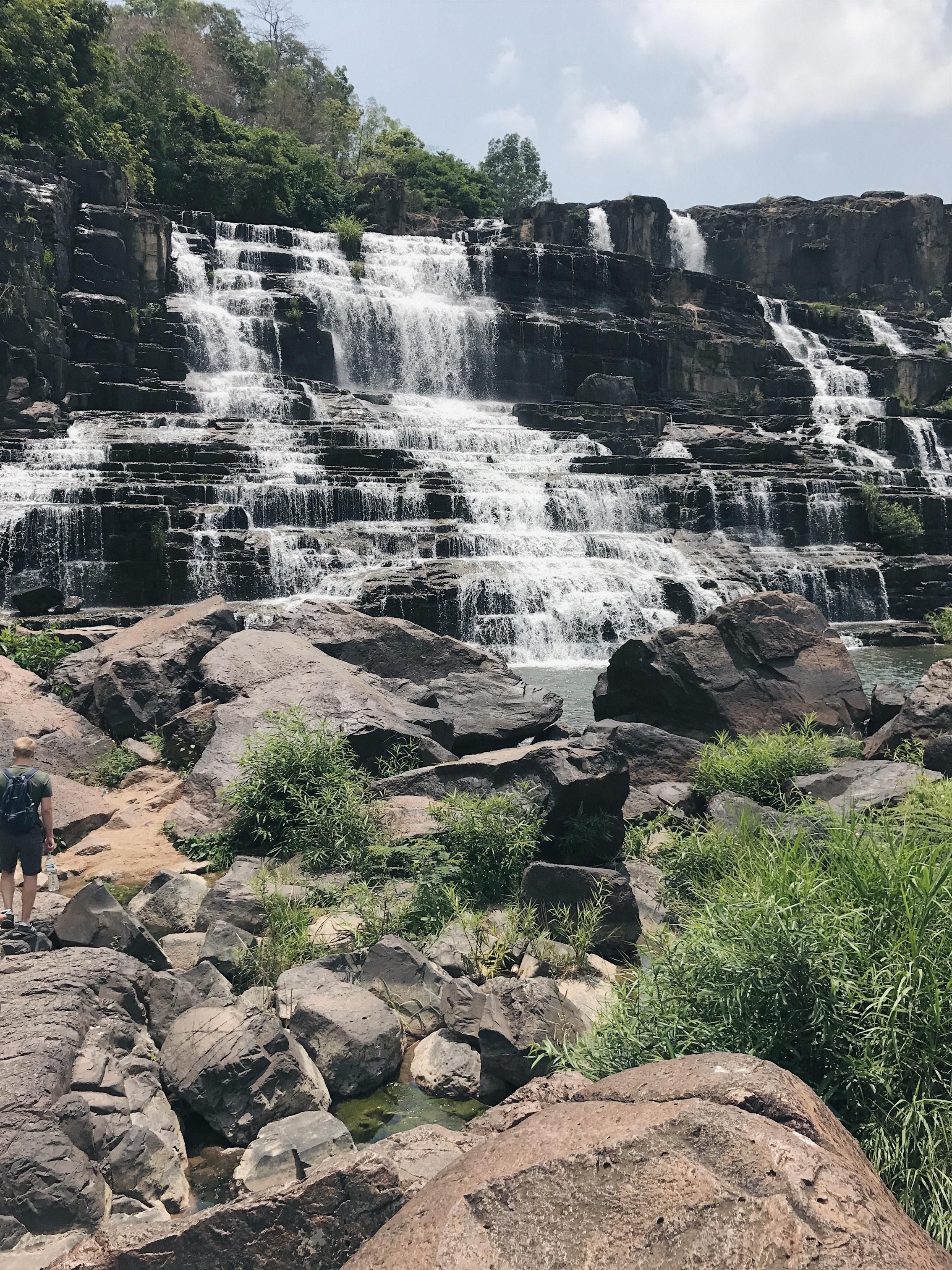 Da Lat is up in the mountains so it was much cooler. What?! I have to wear a jumper at night?!!! Most of the hostels here are set up in people’s homes which are about 3+ stories high. It’s nice because the hosts are so generous and hospitable. The wifi is also super fast, I can actually download and stream! Most hostels even offer free brekkie and family dinners for a small cost. Here is the family dinner which cost $3 (actually kind of expensive for Vietnam), but it’s nice as you get to socialize with everyone. 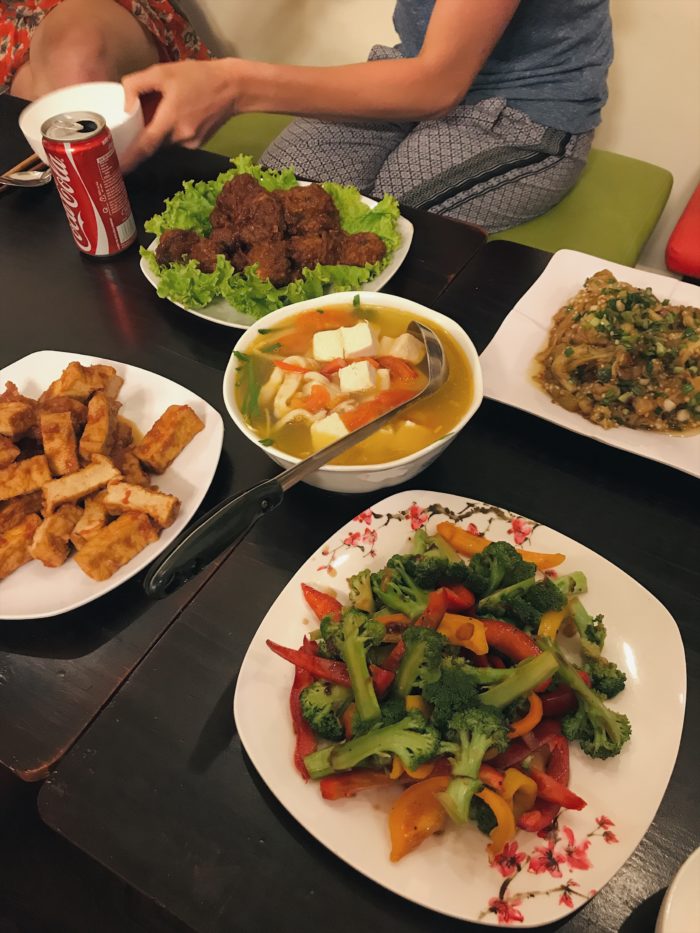 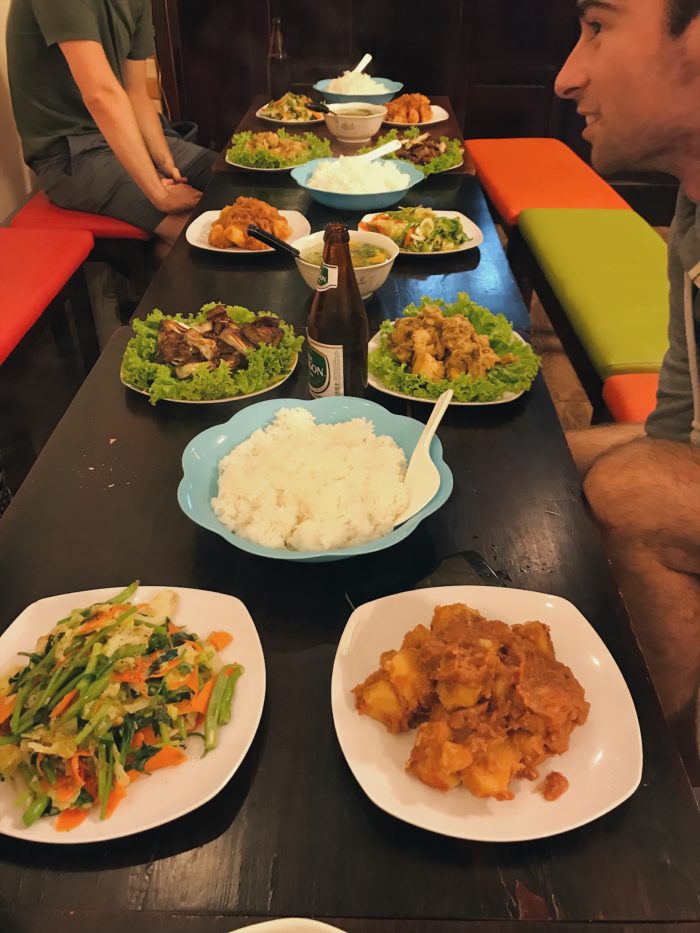 ^^ Such filling dinners as well. Real home cooked Vietnamese food. I even tried this BBQ jackfruit which was super tasty! 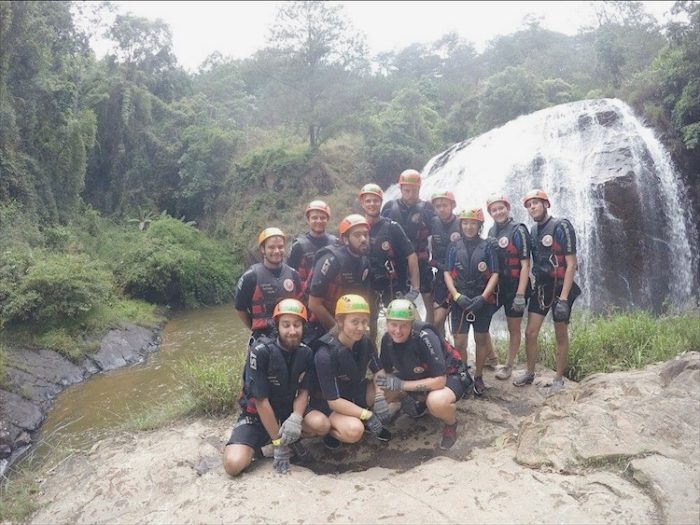 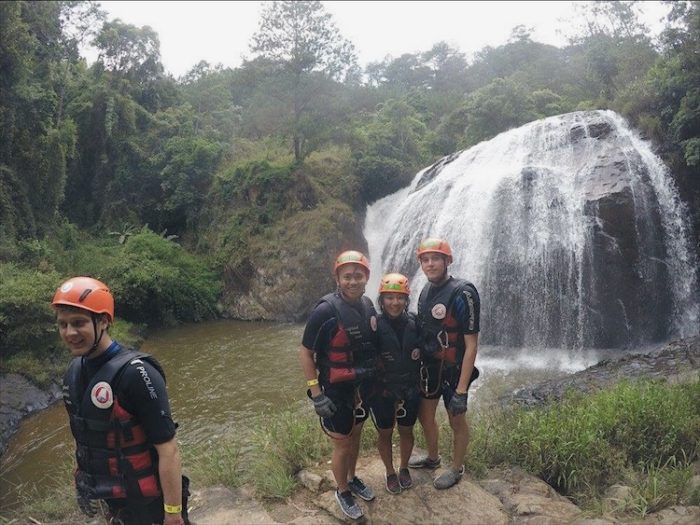 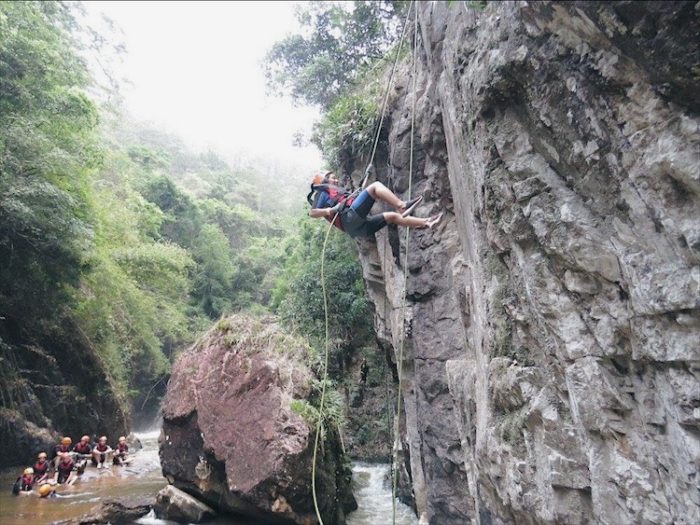 I went canyoning and abseiling! Looks quite dangerous, but honestly the scariest part was trekking through the forest up and down these hills climbing through trees and walking through the river making sure not to get caught in the current. First we did a couple of dry cliffs to really get a feel for abseiling. 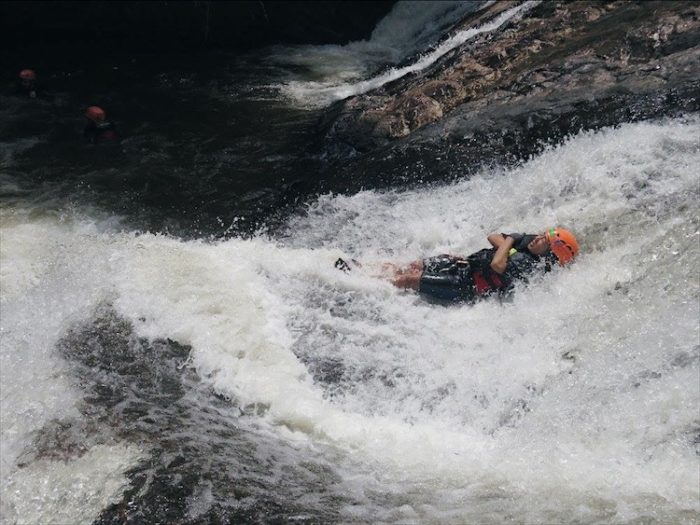 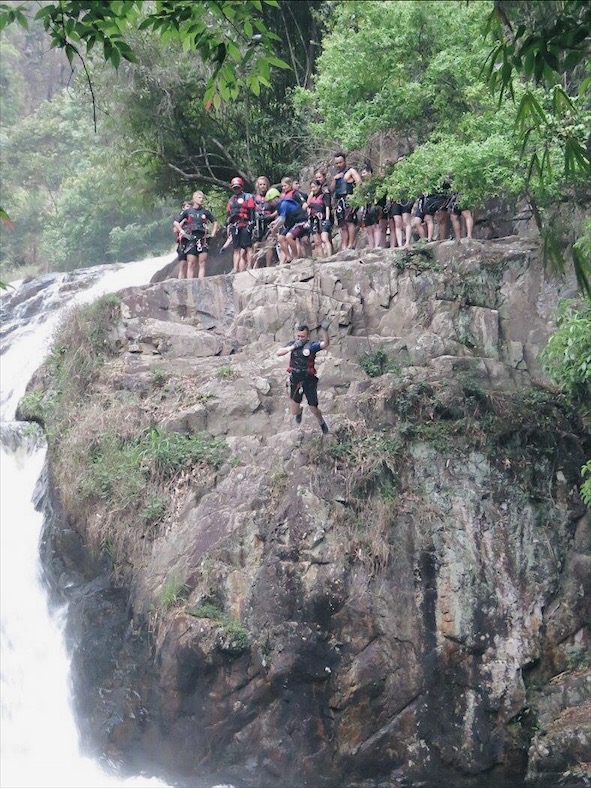 ^^ Natural water slides and cliff jumping! This cliff was 11m and you could choose to jump from 7m, 9m, or 11m. It’s funny as it took awhile to convince my guide that I was capable of doing the 11m. The only scary part is that you have to get a running start before you jump off. After I jumped there was a moment of panic as all I could see was cliff and I thought forsure I didn’t jump far enough, but then I hit the water haha. 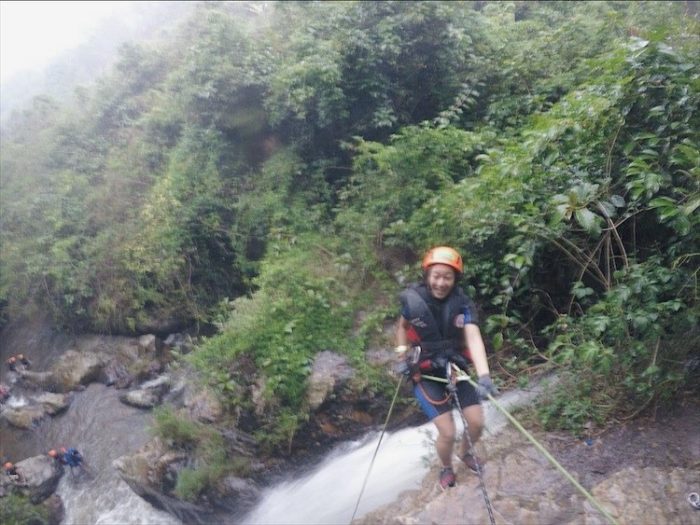 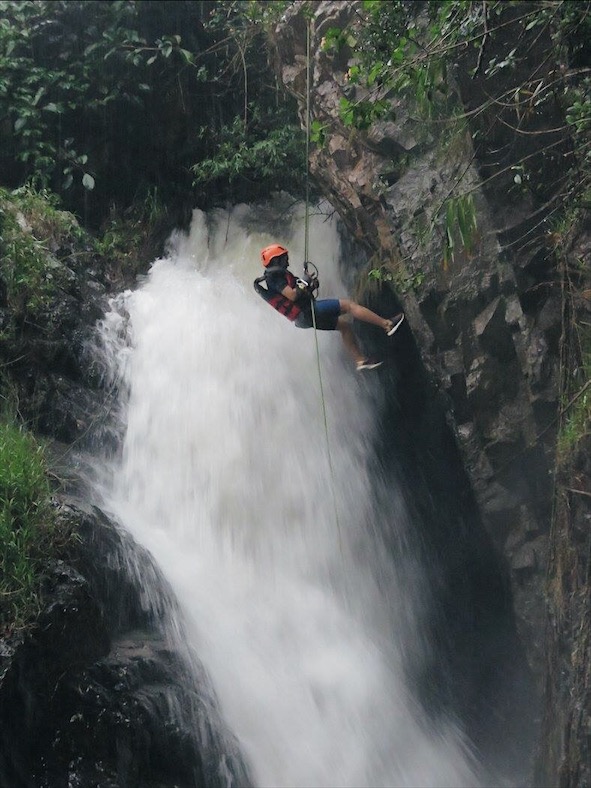 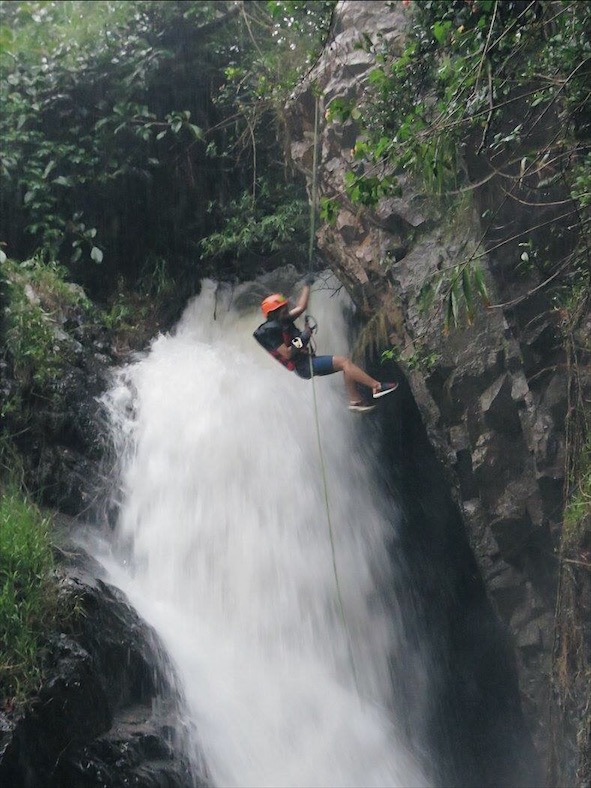 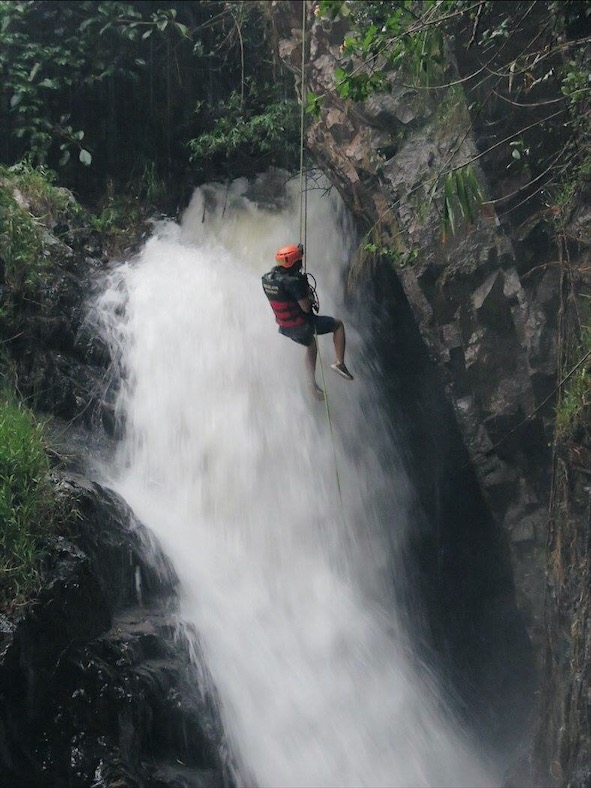 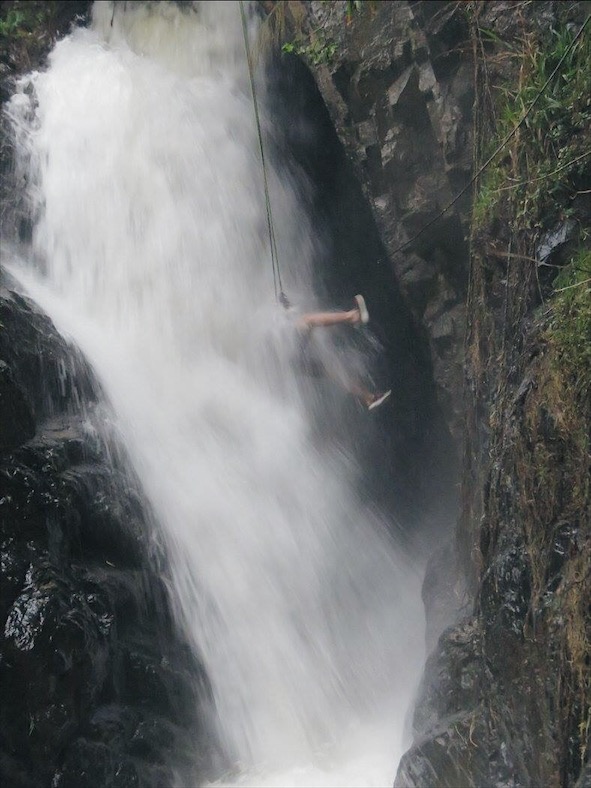 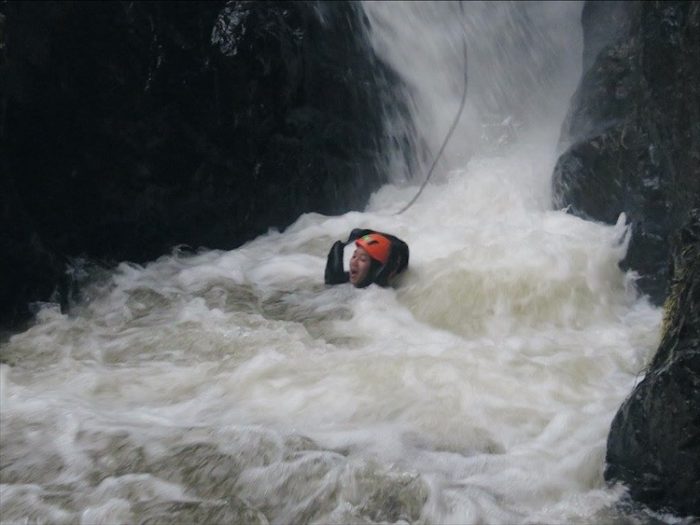 ^^ Never mind that my life jacket was way too big for me haha, but you abseil a few meters down this cliff then repel the rest of the way. Once I got caught underneath the waterfall, the water was so strong I could feel my shoe slipping off!! I was not going to lose my shoe, so I lean forward then really get caught underneath the waterfall and started spinning! My initial reaction is to hold on tight, but really you just need to keep releasing. This waterfall is rightfully named – The Washing Machine as once you drop into the water you get caught in the undertow for a good 2-3 seconds before it spits you back out. It was so much fun! 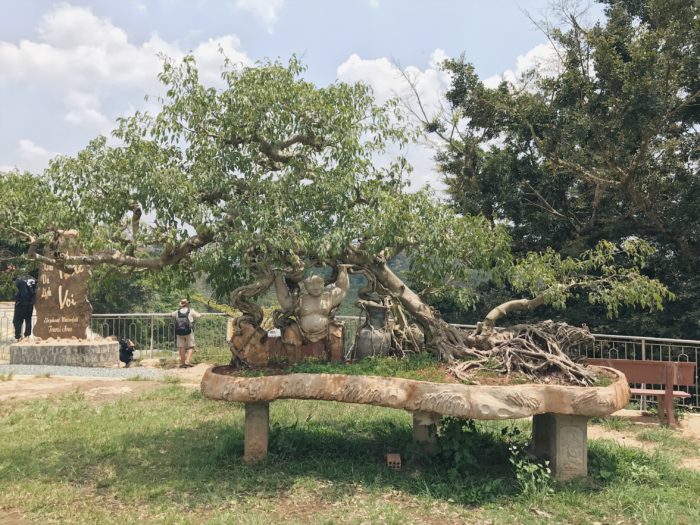 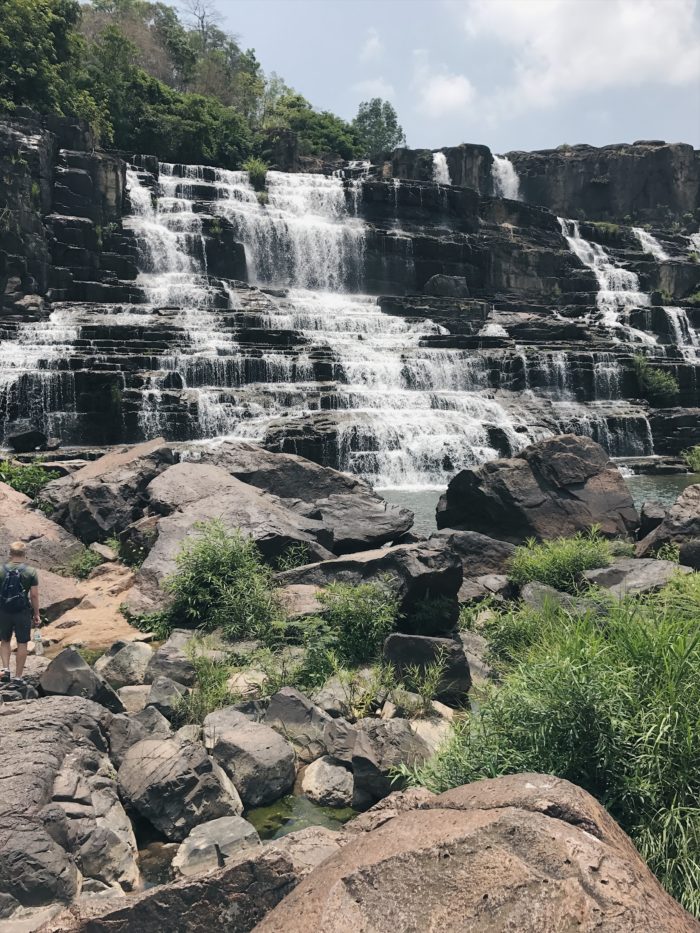 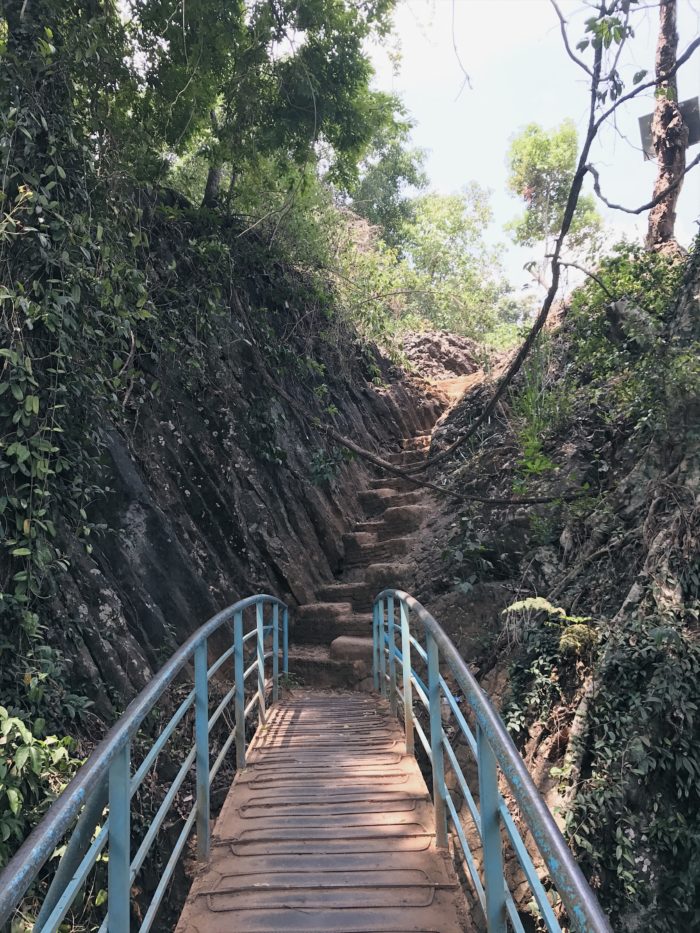 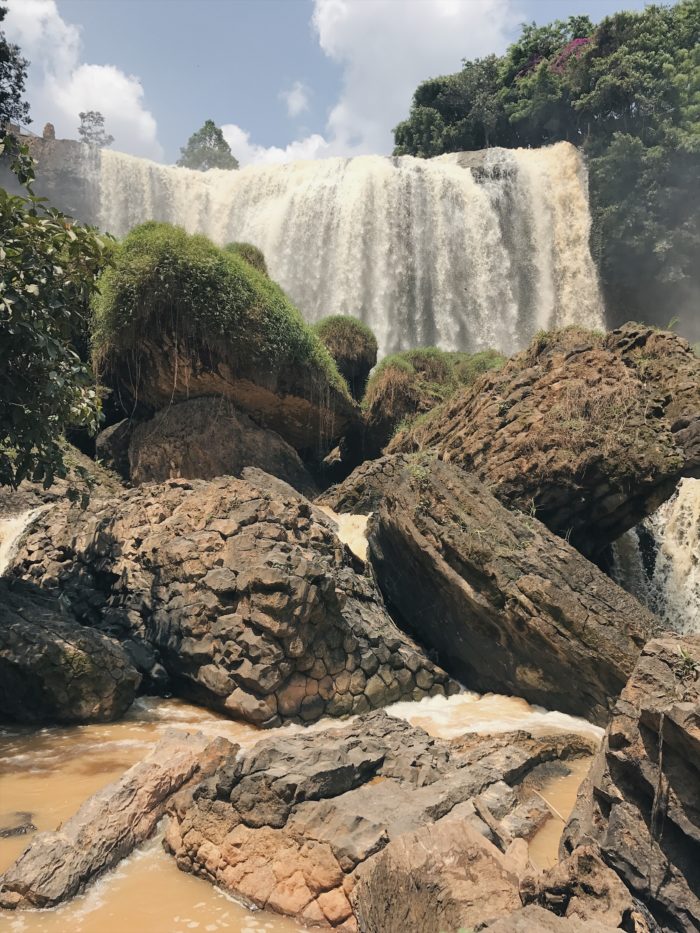 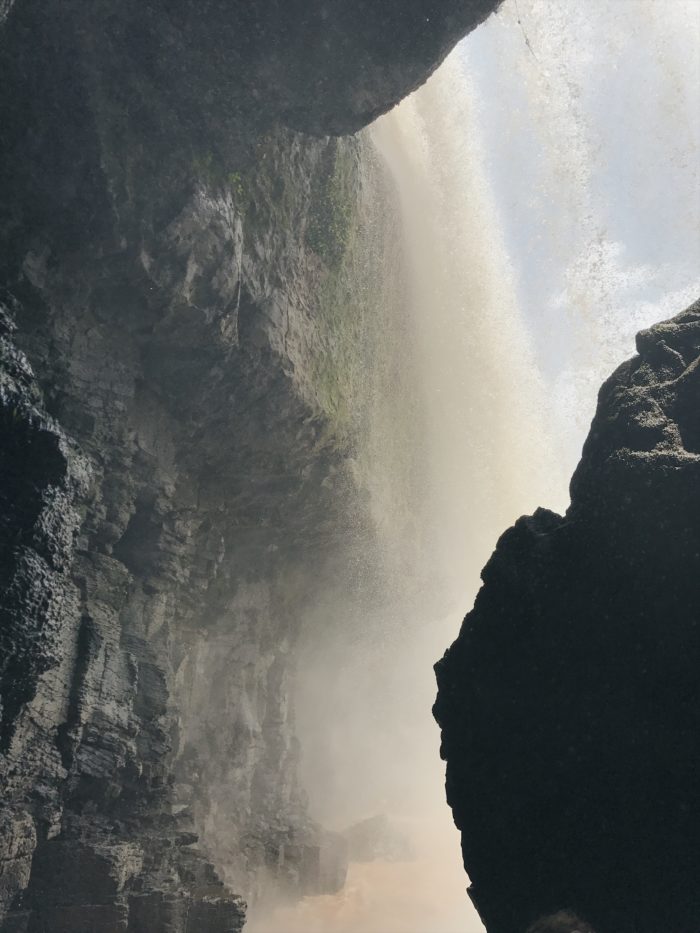 Da Lat is also known for its waterfalls. Pictured on top is the Pongour waterfall which looked straight out of Lion King. The next is Elephant Waterfalls, the tallest and widest waterfall in Vietnam? Or in this area, I forget. You could even walk behind the waterfall which was cool. 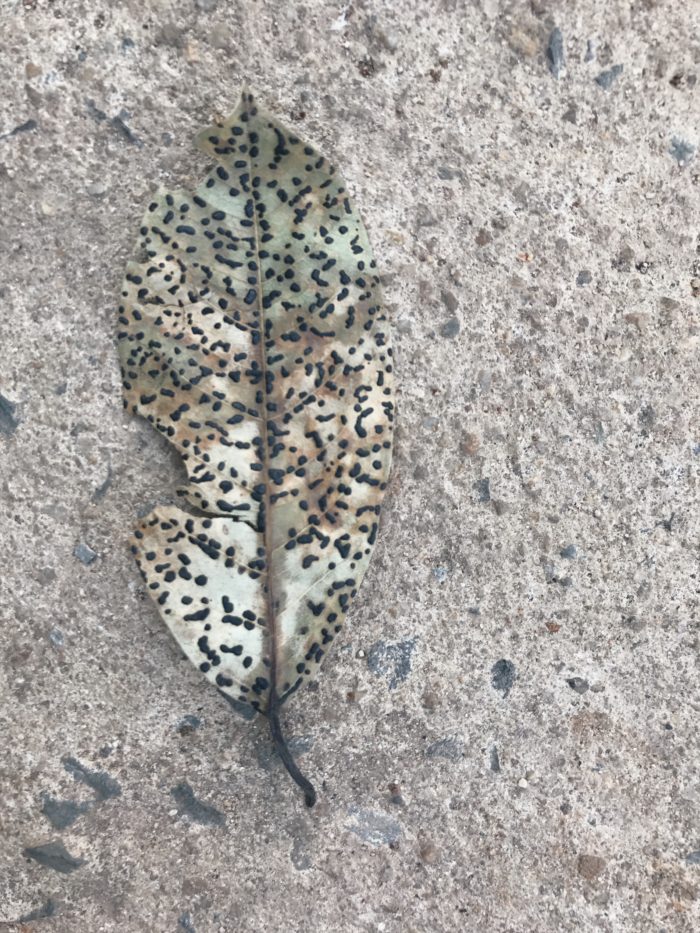 ^^ I have a thing for really cool leaves! 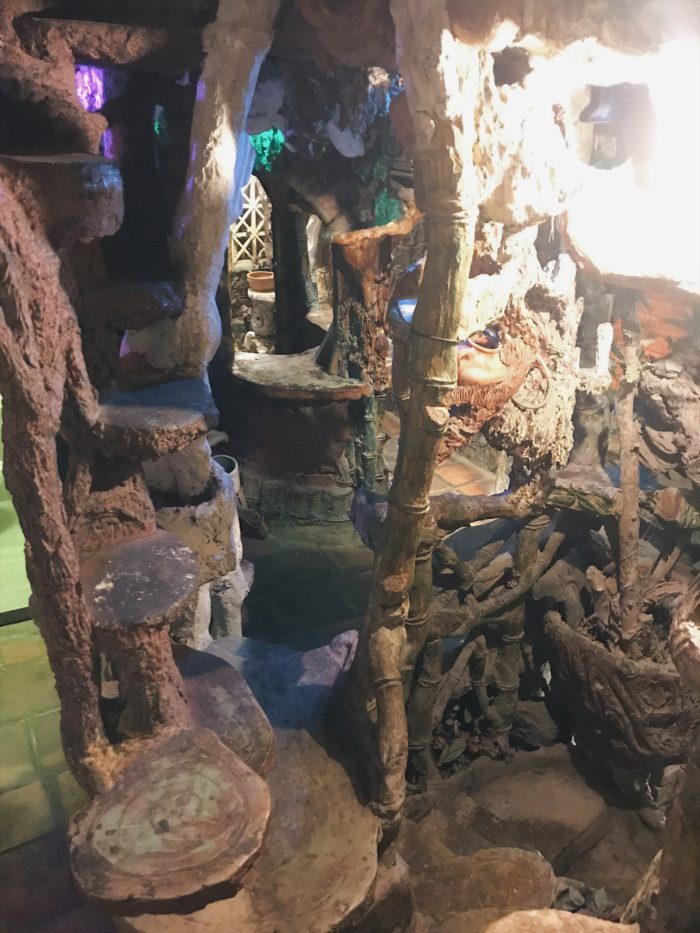 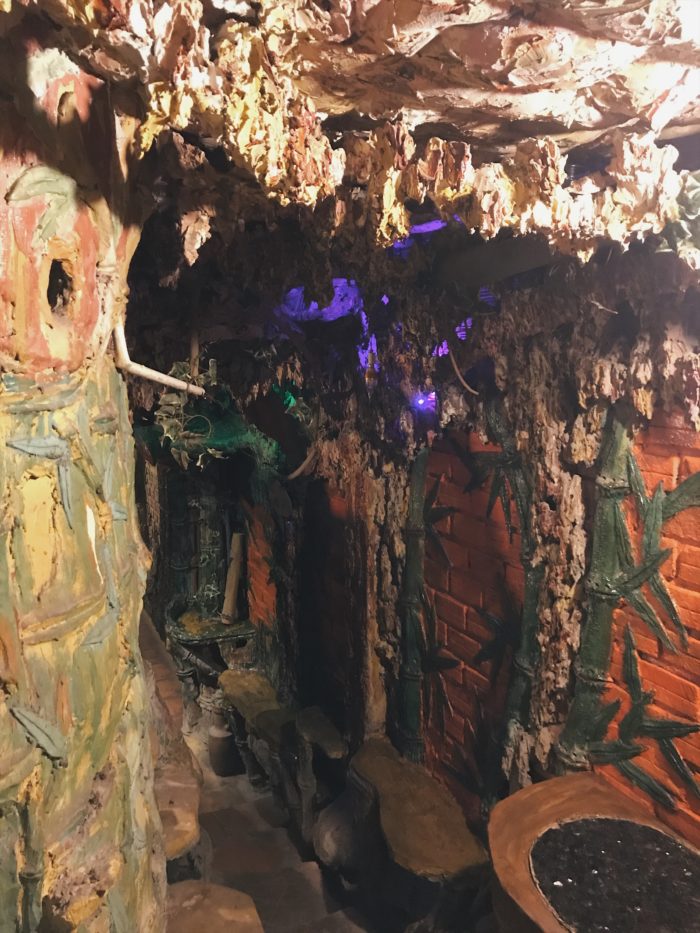 ^^ One night we went to the Maze Bar which was sooo unique! I don’t even know how many stories it was as I did get lost. There are even secret rooms with different bars, you just have to find ’em haha. Da Lat was such a cute town, I didn’t want to leave. 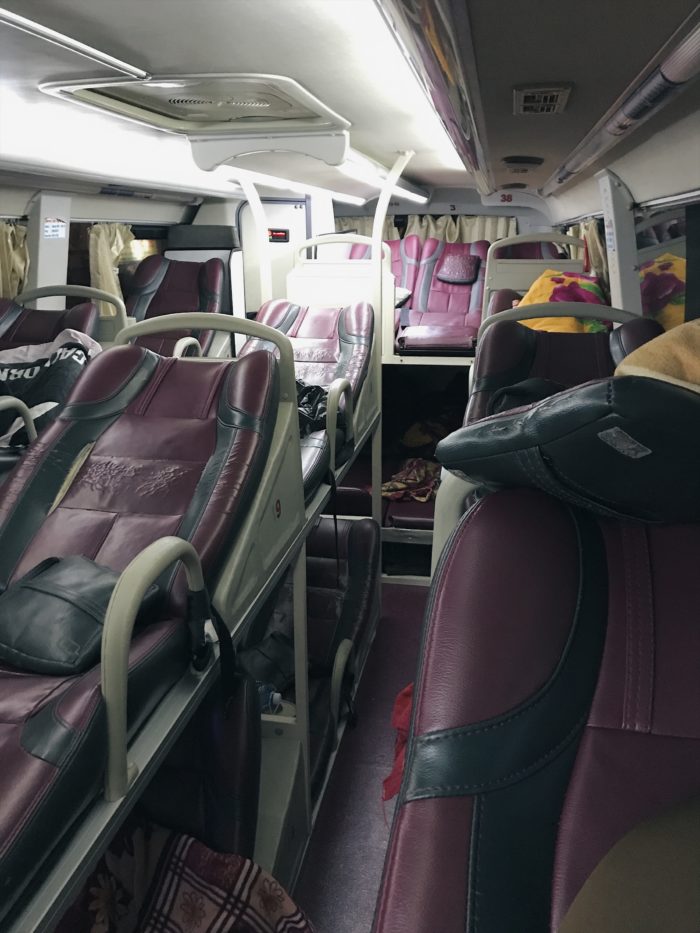 ^^ Next stop, Hoi An! I took a sleepover bus leaving at 1pm, arriving in Hoi An at 7am the following day. Yeah, it was a long ride. Luckily I can lay all the way down and I’m pretty good as I can sleep most of the way. I just have to mindfully plan my potty breaks haha. 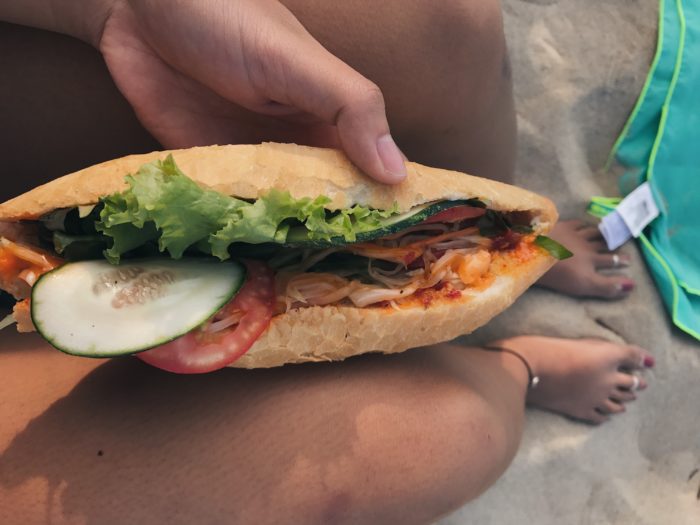 Oh, Hoi An. Such a chill city. I was only there for one full day as I had to meet up with my Dad and Aunt the next day in Hanoi. Such a shame as I feel like I could have spent a lot of time there. Maybe it was the people I met straight away that made my trip amazing, but the whole vibe of the town is so chill. Next stop, Hanoi! 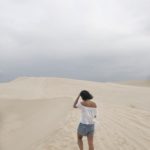 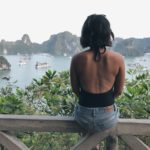